Karwa Chauth is an Indian Festival where women observe a day-long fast (without water) for the long life & well-being of their husbands. It is a prominent festival of North India celebrated with a lot of enthusiasm, but other communities also observe similar festivals, though in a slightly different manner. In the last decades, we noticed that Karwa Chauth is being celebrated with much more fanfare than it was in our mother’s times, courtesy Karan Johars and Yash Chopras of this world. How so ever big, elaborate or glamorous it has become, underlying feelings, religious rituals, celebrations, and community bonding remains the same.

So, why am I writing about it? Because #KarwaChauth was the top trending term last week. Reasons best known to the person who initiated it all…and it was subject to loads of trolling … media coverage … TRPs …making it a national issue. Like all other happenings, it will also boil down, meet the same fate, and we will be back to Karwa Chauth celebrations. I believe all celebrations add to our Happiness quotient and Karwa Chauth is one such festival. By the way, there is no holiday granted for this festival, I propagate that at least ladies should be given a holiday to observe fast.

Cut to Karwa Chauth a few years ago… I went to my boss, who was the CEO of a big stock-broking house and former President of the Bombay Stock Exchange (the only lady to adorn this honour). She wanted to keep an important meeting the next day involving some very important discussion points. Some expressions ran through my face, which she could notice. She asked me, “What is the matter”? I told her, “Tomorrow being Karwa Chauth, I wanted a day off, so the meeting may be shifted to the next day.” Now, her expression changed, and she questioned, “Being an independent woman, you believe in all this? You never looked to me like one? You are so religious, doing fast and puja, etc.?” I countered, “Maam are you not religious? You greet people with Jai Shri Krishna and go to the temple?” Surprised again, she replied, “I am not religious, but I am spiritual. I follow this doctrine”.

This set me thinking…if I observe Hindu Sanatani rituals, I am religious and if I believe there is a supreme power above all of us, I am spiritual. Are these two any different? Yes and No!!

It set the ball rolling for my thought process, which I am sharing with you. Though they may be used together rather interchangeably these two concepts are different. Research reveals that spirituality involves a personal quest for meaning in life, while religion involves an organized entity with rituals and practices focusing on a higher power or God.

Religion is a specific set of organized beliefs and practices, usually shared by a community or group, whereas spirituality is more of individual practice and has to do with having a sense of peace and purpose. Secondly, both religion and spirituality desire to have a relationship with this higher power. Although the nature of the relationship is different in religion than in spirituality, the desire for this relationship is there in all of us.

Although they have many similarities and there is a relationship between the two, there are differences between religion and spirituality. The route to follow both certainly cross each- other.

By definition, religion is a personal set or institutionalized system of religious attitudes, beliefs, and practices; the service and worship of God or the supernatural.

On the other hand, spirituality is an experience of connection to something larger than you; living everyday life in a reverent and sacred manner.

Quote here, Christina Puchalski, MD (leader in trying to incorporate spirituality into healthcare), puts it, “Spirituality is the aspect of humanity that refers to the way individuals seek and express meaning and purpose and the way they experience their connectedness to the moment, to self, to others, to nature, and the significant or sacred.”

It is very difficult to say when did these originate. The quest for self from time immemorial may have led to these two doctrines, which are broadly practised in the world.

For thousands of years, humanity has passionately pursued the Truth-seeking the ultimate answers to life and the universe. This perennial knowledge constitutes the answers to what are often called the soul questions:

What do I want?

What is my purpose?

What is the meaning of life?

We notice that religions are most often based on the lives, teachings, and beliefs of a historical or archetypal figure (e.g., Christ, Buddha, Moses, Krishna, Muhammad). The details of their lives as holy or highly evolved beings have been carried to us across the mists of time through oral tradition and written scriptures. These figures are the subject of worship and devotion and form the foundation of religious practices and rituals in a community.

Whereas spirituality, by contrast, is more often based upon the practical application of the founder’s teachings. Spiritual aspirants heed the advice of Japanese poet Matsuo Basho, “Do not seek to follow in the footsteps of the wise. Seek what they sought.”

There are some other sharp differences too:

One of the most important aspects of religion is its organization. It is a structured, frequently rule-based construct that to some degree governs the behaviour of its members. Moral rules, laws, and doctrines, as well as specific codes and criteria, create an organized structure that contains the religion’s specific belief system. In previous, more uncertain times, the rules and dogma of organized religion helped to give society a sense of certainty and helped to guide and comfort those whose faith was lacking. 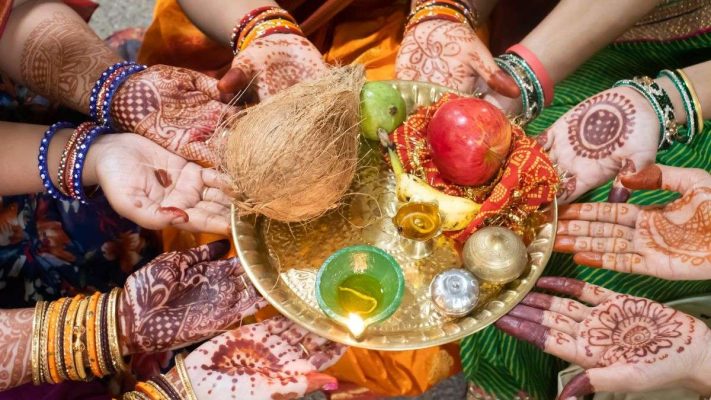 Whereas spirituality though, breaks free from the restrictions and rigid structure sometimes associated with traditional religion. The spiritual aspirant recognizes that he or she is on a “pathless path” of self-discovery. They are following not a set of external rules, but their inner call to spirit. In this way, spirituality can sometimes feel like a rebellious act of going solo and leaving the tribe, very much in the spirit of American philosopher and poet Ralph Waldo Emerson when he said, “To be yourself in a world that is constantly trying to make you something else is the greatest accomplishment.”

How much soever we try to define both, and draw lines between the two but the lines remain a blur, they cross into each other’s territory. You are not alone, as your ultimate purpose is to seek happiness.

Finally, you may know people who consider themselves spiritual, but not religious (say, my boss). Conversely, there can be individuals who are religious but are not what most would consider deeply spiritual (like myself).

Celebrate this festival to be HappyHo and spread happiness!

A Wave of Reverence for Osho, the enlightened master