On UN International Yoga Day, 21 June, practise this ancient science in the prescribed form, writes Swami Anand Kul Bhushan.
A new, powerful wave of yoga is sweeping the world. Declaration of the UN International Yoga Day on 21 June has boosted its momentum. In the west, yoga is the new lease for a healthy, stress-free living. In India, TV gurus have publicised yoga to become a mass movement. So everybody plunges into it by saying, ”Let’s do it.”
In this frantic rush for instant results, everyone seems to have forgotten that what they start to learn are ‘asanas‘ or postures and, at the most, pranayam or breath regulation. Without bothering about the first two steps of yoga – yama and niyam – they start with asanas. These first two steps are essential before embarking on these physical postures; but nobody bothers – least of all the yoga trainers. Never mind the first two steps. Just start with postures. Happyho also provide best Meditation classes in Noida and Delhi NCR India area.
Why is this so? Simply because the first two steps are most difficult to embrace and cannot be shown off. Yama means changing your entire lifestyle for social awareness with non-violence, truth, non-stealing and non-accumulation. Finally, there is celibacy that implies going beyond sex. These are the basics described by the great sage Patanjili and also the basic tenets of Buddhism. Those who start with asanas and go on for a long period automatically perceive some changes in their lifestyle. Some give up meat and alcohol gradually as their bodies reject these; others become more simple in their habits.
The next step is niyam. Again, this step has five parts: purification, acceptance, self-analysis, penance and offering one’s actions to existence. Only then does Patanjali allows one to perform asanas. If you breathe heavily during any asana, it is not yoga. So, by correctly performing these asanas, one naturally enters pranayam or breath control. These are followed by pratyahar or giving up everything that stimulates the senses; leading to dhyan or meditation and finally, samadhi, or realising the ultimate.
Patanjali created the foundation for yoga in another age and another time when life was simple and pure. For today’s world, Osho has created his unique techniques for the 21st century man that leads to the sixth step meditation. These techniques are based on first cleansing the body and the mind of the impurities that have accumulated with catharsis or release.
Instead of the techniques of yoga asanas, Osho’s insights on the underlying philosophy and scientific tenets of the sage Patanjali are presented from his book Alpha and Omega. Osho points out that yoga is the foundation for meditation. Taste this aperitif and then go for the banquet.
Says Osho, “Kundalini yoga is concerned with life energy and its inward flow. It is concerned with techniques to bring the body and mind to a point where transcendence is possible. Then, everything is changed. The body is different; the mind is different; the living is different. It isjust life. A bullock cart is useful, but it is no longer needed. Now you are driving a car, so you cannot use the technique that was used with the bullock cart. It was useful with the bullock cart, but it is irrelevant with the car.” 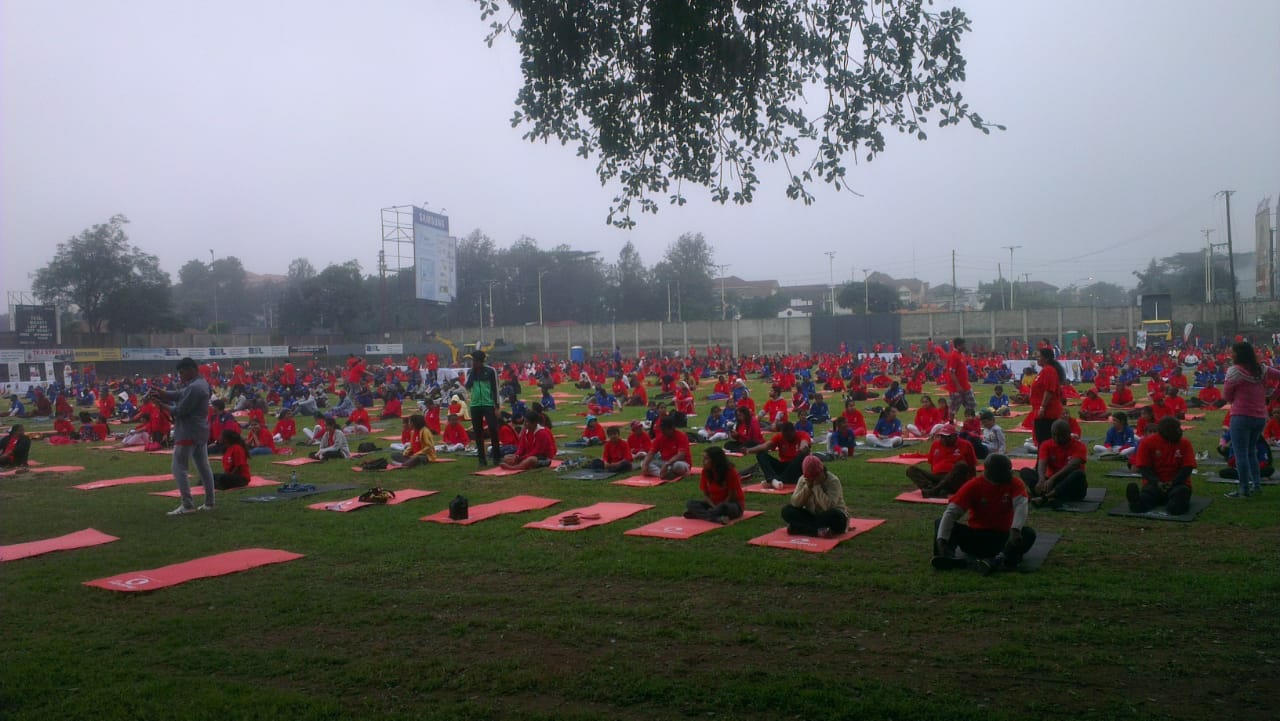 The Time For Some Yoga & Meditation Is Now! Here’s Why.

A Wave of Reverence for Osho, the enlightened master

Restorative Yoga : The power of relaxing and healing