What is the significance of Dassehra?

Today, October 5, 2022, when we celebrate Dussehra, in its true spirit after a gap of two years, it becomes important that we understand its significance.

The festival symbolizes the victory of good over evil. It signifies that now it’s time that we kill the demons in society and make it a peaceful one. Dussehra is celebrated on the 10th day of the month of Ashvina (September–October), the seventh month of the Hindu calendar, with the appearance of the full moon, an event called the “bright fortnight” (Shukla paksha). Dussehra is celebrated with great fervour and fanfare in several parts of India. 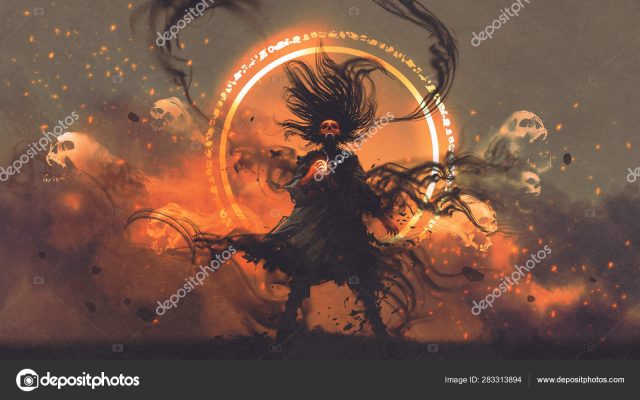 In North India, it incorporates Ram Lila, a gala theatrical enactment of Rama’s life story. Effigies of Ravana-often along with those of Meghnada (Ravana’s son) and Kumbhkarana (Ravana’s brother)—are stuffed with firecrackers and set ablaze at night in open fields. The festival’s name is derived from the Sanskrit words dasha (“ten”) and hara (“defeat”). Symbolizing the victory of good over evil.

Dussehra coincides with the culmination of the nine-day Navratri festival and with the tenth day of the Durga Puja festival. For many, it marks the beginning of preparation for Diwali, which occurs 20 days after Dussehra.  It also marks the victory of Goddess Durga over Mahishasur to protect the world from him.

My early memories of Dussehra are associated with my childhood spent in Bhopal (Capital of MP) where it was celebrated with great fervour and fanfare. There was a gala theatrical enactment of Rama’s life story for all nine days.

As a child, I loved Dassehra, as we used to watch Ram Lila every night in the vicinity of the temple of BHEL, Bhopal, and on the last day (Dassehra Day) we used to travel some distance to watch effigies of Ravana, Kumbhkarna and Meghnad burn. Papa used to narrate the story of Ram, emphasizing that one should live by certain principles in life, but at the same time we should not tolerate evil around us. It needs to be killed, be it inside or outside.

I remember, finishing the homework on time and sacrificing the play time to be there for Ram Lila for all nine days. We used to be so attached to these mythological characters, that we kept talking about them with friends. Another favourite part of the talks was which uncle or aunty, bhaiya or didi is in which role, who works in my father’s office, who lives in my sector or whose daughter is in my class, etc., etc.

At home, Goddess Durga was worshipped with full devotion and celebration. Sweets & Delicacies were offered to Maa and the mummy used to chant Durga Chalisa and perform arti every morning and evening.

Dussehra, also called Dasara or Vijayadashami, in Hinduism, marks the triumph of Rama, an avatar of Vishnu, over the 10-headed demon king Ravana, who abducted Rama’s wife, Sita.

Have we ever given a thought to this aspect, that why being evil makes one happy? Is it a gateway to happiness in life? Does your evil act satisfy your soul? Is this the only way to accomplish your goals? Or fetch you a name? Or make you famous?

I think such evil people believe themselves to be happy, but because they always want more than they have, the happiness is very brief, until they achieve the next evil again. They will never feel they have enough, so there will always be a feeling of anxiety, needing the next ‘fix’ of whatever their evil demands. There is no feeling of reaching a final goal, so there is no moment when they can, at last, rest and find peace.

Now that I think about it, it seems that a truly evil person creates his own, inescapable hell, from which he can never be free, which he perceives as happiness.

The day of Dussehra marks the end of demons like Ravana, Meghnad, and Kumbhakarna which symbolizes that anyone can burn their vices such as anger, lust, identification, pride, greed, jealousy, injustice, cruelty, and ego. This is what will make us happy.

If evil was not that attractive, rather satisfying, there wouldn’t have been temples/places in India dedicated to demon-king Ravana of Lanka. Yes, that’s right. The ten-headed demon, who abducted Sita, the wife of Lord Rama, is worshipped in these temples. 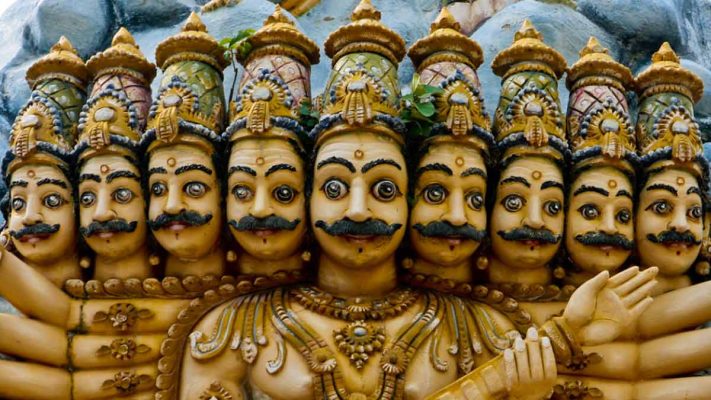 As strange as it might sound, there are temples/places in India dedicated to the demon-king Ravana of Lanka. Yes, that’s right. The ten-headed demon, who abducted Sita, the wife of Lord Rama, is worshipped in these temples. But why do they worship Ravana? Well, the answer is simple. They worship the goodness of Ravana to derive happiness from his evil deeds.

Now, let us take a look at the temples or places dedicated where Ravana is worshipped.

Let’s touch upon the historical background of Ravana.

Ravana also known as Lankesh, was the great-grandson of Brahma, the creator of the Universe. His paternal grandfather, Pulastya, was one of the ten Prajapatis conceived by Brahma. Moreover, he was a devotee of Lord Shiva and a master of the four Vedas – Rigveda, Yajurveda, Samaveda, and Atharvaveda – and the six Shastras – Vedanta Darshan, Yoga Darshan, Sankhya Darshan, Vaisheshik Darshan, Nyay Darshan, and Meemansa Darshan.

It is important that we don’t derive happiness out of evil, but instead spread happiness by killing demons inside us.

That is the real Dassehra!!

The Life Lessons From Ramayana