You have to get in your word if you have to have the last say. So, what better way to start on the subject than find the right word.  The world may be at war, NATO, WTO and UN notwithstanding, but they are very much united in getting the right word to say to each other every day. Thanks to the latest word fad called Wordle.

Those active in the social media will see a proliferation of posts by all and sundry, conveying their success at the ‘resolution’ of the day’s word.  I have a friend who makes it a point to solve it before the sun rises and post on the group his achievement for the day. Several post on FB and even LinkedIn as though it is necessary for their resumes.

Wordle for sure has become the rage of the world, its simple and semi-intellectual model ensuring a universal appeal. So much so that clones are already flooding the social space – to name a few, Wordle 2, Daily Quordle, Daily Octordle, Squareword and several others. Each of them is trying to be a differentiator and trying to attain a ‘difficult’ or ‘intellectual’ tag. Not just word games, even arithmetic games have sprung up, like Nerdle, Instant Nerdle and many others. At one level, these are happy and healthy diversions, but at a deeper level, they have the potential to dumb down minds to the lowest common denominator, impact productivity and misplaced notions about one’s capabilities. But, to me, it is better to look at the good rather than the bad in anything. 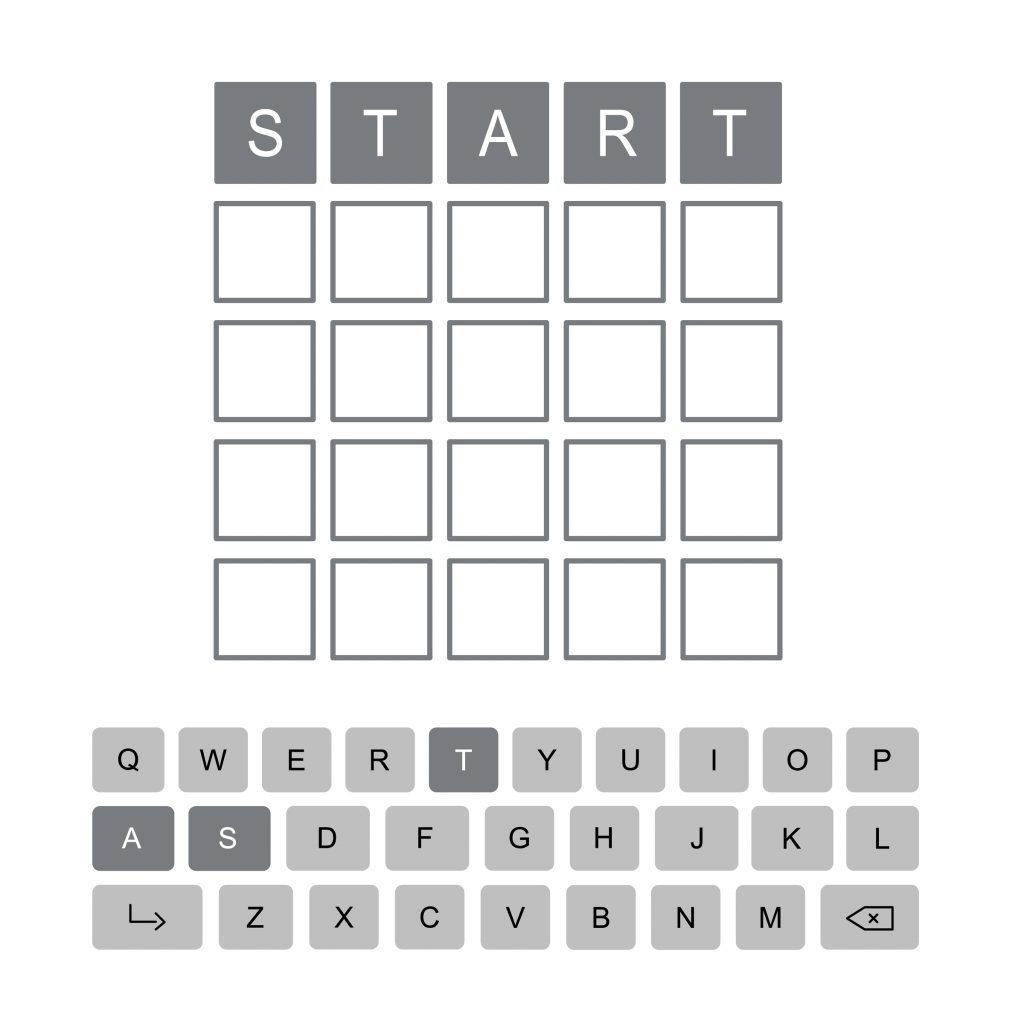 I recall my growing up days of waking up to be the first to read the newspapers ( Indian Express and Times of India ), not just for the latest news, but to have a go at the crossword of the day. They were tough to solve and I should confess that I never could solve them fully given the level of complexity. But it never deterred me and I kept at it; it developed in me a habit of looking up dictionaries and thesaurus and improve my felicity with words. Soon the afternoon papers like Mid-day and Afternoon Despatch and Courier came up with simpler versions of crosswords which one could solve hundred percent most times, bringing with it a joy of ‘achievement’ as compared to the tougher ones. If one were to give an analogy, Wordle and similar games are the afternoon versions aimed at engendering ‘feel- good’ in the mind space of the masses. Perhaps, these help in upping happiness quotients albeit fleetingly. Little wonder, that the purist and the serious crossword buffs look at Wordles of the world disdainfully and you will never catch them doing it.

Anecdotally, in the group referred to earlier, there was a strong retort and rebuff by one of the ‘intellectuals’ in the group to the daily posting of the Wordle solutions and Nerdle equations. From a behavioural perspective, people have lost a sense of balance in letting things be. Let some have their moments of joy and fun of sharing – why decry it and convey one’s own superiority complex? What are groups for, but for a mix of banter and debate in a world already yawningly distanced? The netizens are myriad and diverse and come with their fifty shades of mind sets – wannabes, aspirational, students, entitled, deprived,  enthusiastic, low-esteem, high-esteem, superiority complex, inferiority complex, wizards, achievers, failures. They all go through their daily tribulations and disappointments. These games on the social media do serve some social purpose of salving and salvaging the states of minds amid these daily challenges and are welcome relief for them. If they want to share it, so be it. It teaches us, as well, equipoise and temperance. We all learn from netizens, loath though we may be to acknowledge it publicly.

Coming back to my growing up days, I recall our next-door neighbour religiously dropping in at 9 am every day and borrowing our newspapers – to solve the crossword of the day. He was an erudite doctor, but liked to wield his pen more than the scalpel. He was a classic cruciverbalist. These guys can be notorious for not returning the papers for hours till they solve the crossword, but that is a different story. Our family always used to wonder why he never bought his own newspaper. We never could get an answer to  that, but we never allowed it bother us or come in the way either of loving neighbourly interludes and warmth. The families continue to be friends though we had moved out some years ago.

Speaking for myself, I always get excited with any puzzles and riddles to do with numbers and words and am thankful to the several brainy guys who develop these games. Whenever I feel pressured or down, which is not too often, I dabble in these and do get immense pleasure and have no reservations in saying so. Yes, a private person that I am, I refrain from painting the social media red with these posts.

As I sign off, I can think of a clear impact area or use case for Wordle. I will be  sharing the links to  Wordle and Nerdle with my two young enthusiastic students, aged 12 and 14, called Meenu and Renu, up north in a rustic area, to whom I teach English on and often. I am sure they will be delighted and excited to solve them and find some meaning. For in them, I foresee lettered  women of 3 R and felicity impacting our world much more than we can imagine today. Word is a Wordle and discovering one can be a game changer. Ask the wordsmith and the bard!