Psychology of Vedanta – Your gateway to wisdom, liberation!

My daughter and her friend recently joined Yoga Classes to enhance their fitness levels and learn some meditation techniques (obviously on my behest). When they returned from the class, out of curiosity, I checked on them, “How was the class?” They did not sound much enthusiastic as anticipated, knowing that today’s young generation of today who loves gym, workouts, aerobics, Zumba and whatnot…

Anyway, not the one to give up, I probed further. Reluctantly, they shared that teacher mentioned some terms like Consciousness, Sub-consciousness, Upanishads, yogic kriyas, and Vedanta philosophy. I understood Vedanta’s philosophy (psychology) has slightly baffled them. I took the onus on myself to enlighten them on the topic so that they find more value and motivation for their Yoga class, and not give up even before starting it.

It’s not unusual to mention the term – Vedanta in yoga classes, meditation groups, and spiritual gatherings. So, what is Vedanta, and where does it come from? 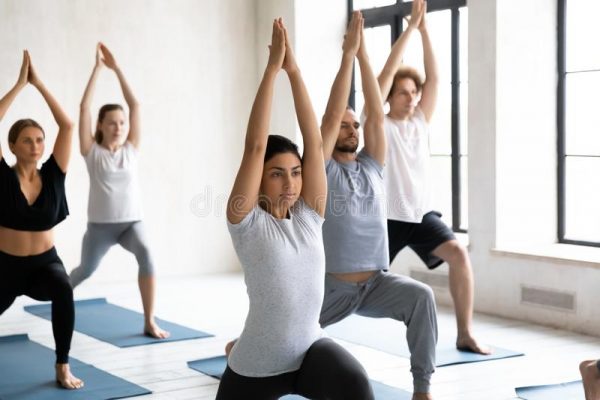 By definition, Vedanta is “What is that which, by being known, everything else becomes known.”

Elaborating further, with whatever knowledge I had acquired, I told both the girls, Vedanta is the culmination of Vedic wisdom or the final step on our spiritual journey. We don’t know how old the Vedas are or who wrote them. It’s said that God revealed the true knowledge of the entire creation to enlightened saints while they were deep in meditation.

Not only this, but Vedas are also known as Shruti, Divine Knowledge, or knowledge that is heard from a divine source rather than learned from a book. These saints then brought these eternal truths out to the world in the form of Sanskrit hymns and chants, which continue to be passed down and recited even now.

So, one of the girls mentioned, that if this is Vedanta then why did our teacher mention it along with Yoga? A truly valid question and the answer were needed. So, to answer her quest, I told her, “Human beings are divine and their real nature is Atman—infinite, pure, and eternal. Weaknesses, good and bad, right and wrong are all in mind. This ignorance disappears in the light of pure knowledge. During Yoga, your mind, body & soul work in harmony, they are one with each other, the ignorance disappears and enlightenment happens.” That’s why your teacher mentioned Vedanta in class.

Hence, we must believe in ourselves, and enhance our internal prowess by controlling our mind and body through yoga. This very positively impacts our lives, society, and nation at large.

All this & more…made them more curious. Now, they wanted to know how to integrate Vedanta, which offers us knowledge of the goal and also how to achieve it, to integrate into our daily lives:

Finally, Vedanta helps remove the veils that hide the truth. We can never be free on the earthly plane but we are always, already free on the spiritual.

Both girls are immensely benefitting from the Yoga Class till today!

Your gateway to wisdom, liberation!

Upanishads: The Critique of Rituals

What do the Upanishads have to say about Rituals?

The Time For Some Yoga & Meditation Is Now! Here’s Why.