From Lucknow To Lutyens

From Lucknow To Lutyens: a book by Abhigyan Prakash delineating the 3 C’s( caste, communalism, crime) that lurched the development of UP

The book explains how the most powerful state could not evolve with time.

Regardless of playing a vital role in national politics, Uttar Pradesh continues to straggle on the level of development when compared to other states. It engenders the most number of Members of Parliament (MPs) and has also given the most number of prime ministers to the country. Still, the subnormality of Uttar Pradesh goes on to depict how, a state that holds so many credits in terms of politics, could not climb the rungs of development with time.

Edifying the subject, Prakash construes how caste, communalism, and crime proved to be a stumbling block to the development of the state, which would have been the fifth-largest in the country, in terms of population, had it been a country. He further says, “As UP heads to the polls in less than two weeks, it is a good time to understand the wider context in which the politics of the state plays out. In a sense, the current events in the state link back to patterns and trends that have prevailed for decades: the rise and decline of parties, the growth of caste as a decisive factor, leaders switching sides on the eve of elections, religion as a political plank, and so on. Abhigyan Prakash, with his extensive experience of analysing all matters UP, puts the state in that broader perspective for lay readers as well as political observers alike.

According to Prakash, the readers must understand that these issues are still ailing UP while it should have changed long back, as it has a direct impact on the country. Prakash in his book also explains the biggest reason for the backwardness of the state. He highlights that the social and political landscape in UP lacks education. His book also touches on the point that creating more employment opportunities can change the overall scenario of the state. 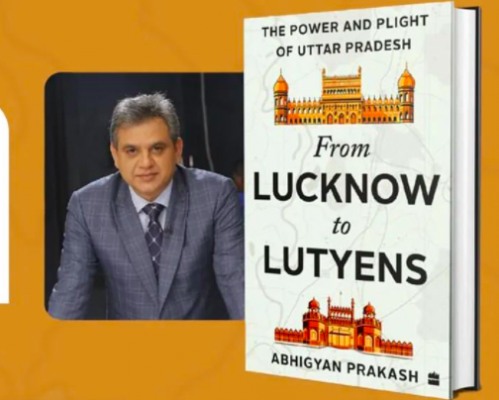 Teams of Lucknow and Ahmedabad included in the tournament

THE LANDING OF ‘CHUNAVI SIKANDAR’ FROM THE HERCULA PLANE ON THE PURVANCHAL EXPRESSWAY..

The Sane Way to Discuss and Debate