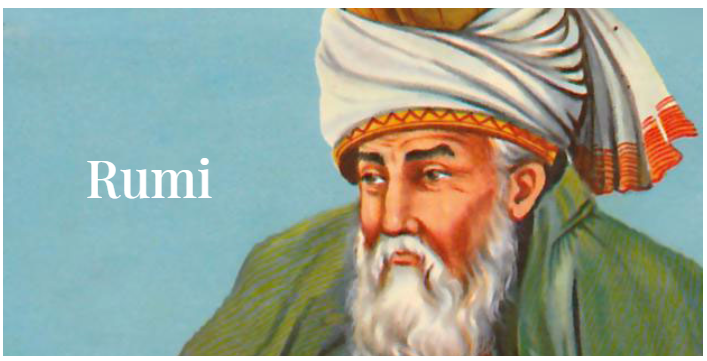 Rumi, born on the Eastern shores of the Persian Empire on September 30, 1207 has become an inspiration for seekers of love and spirituality. He was a highly creative and charming man. It was in his late thirties that he met Shams, a wandering holy man. Rumi himself states that he changed into an ardent seeker of truth and love after meeting Shams and being influenced by his thinking.