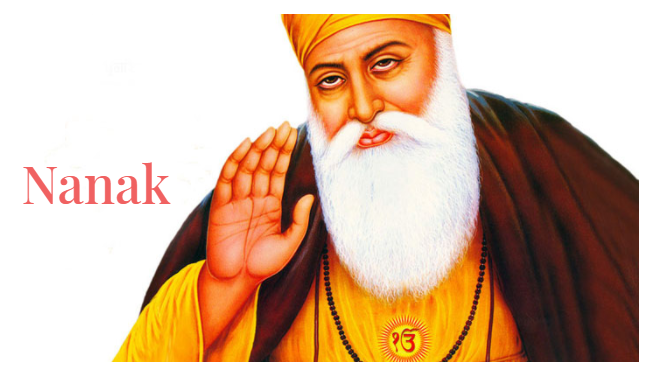 Guru Nanak has been called “one of the greatest religious innovators of all time”, who was “an original spiritual thinker who expressed his thoughts and experiences via extraordinary poetry”, that now forms the basis of Sikh scripture, Guru Granth Sahib. Devoting himself immensely to spiritual matters, Nanak is said to have been inspired by a “powerful spiritual experience that gave him a vision of the true nature of God”. Stating that he had been taken to the “God’s court” and bestowed with the gift of “Naam” (the Name or Word of God), Guru Nanak preached that human spiritual growth was achievable through contemplation and meditation and through a way of living that reflected the presence of the divine within all human beings, and insisted that external efforts such as fasting, pilgrimages and penances carried little spiritual importance.
Travelling far and wide (on a set of spiritual journeys through India/South Asia, Tibet and Arabia that lasted nearly 30 years), Guru Nanak preached the new idea of God as “Supreme, Universal, All-powerful and Truthful, Formless (Nirankar), Fearless (NirBhau), Without hate (Nirvair), the Sole, the Self-Existent, the Incomprehensible and the Ever-lasting creator of all things (Karta Purakh), and Satnam (the Eternal and Absolute Truth)”. He taught people that the ‘One’ God dwells in every one of his creations, and set up a unique spiritual, social, and political platform based on equality, fraternal love, goodness, and virtue.