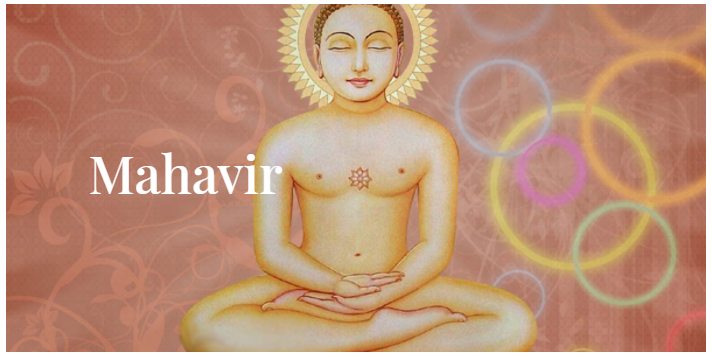 Mahavir, also known as Vardhamāna, was the twenty-fourth and last tirthankara. In Jainism, a tirthankara (maker of the river crossing) is an omniscient teacher who preaches the dharma (righteous path) and builds a ford across the ocean of rebirth and transmigration. Twenty-four tirthankara grace each half of the cosmic time cycle. He was the last tirthankara of avasarpani (present descending phase).Mahavir was born into a royal family in what is now Bihar, India. At the age of 30, he left his home in pursuit of spiritual awakening. He abandoned all the worldly things including his clothes and became a Jain monk. For the next twelve and a half years, he practiced intense meditation and severe penance, after which he became omniscient. He traveled all over South Asia for the next thirty years to teach Jain philosophy. Mahavira died at the age of 72 and attained nirvana (final release) or moksha (liberation from the cycle of birth and death). Mahavir’s philosophy has eight cardinal (law of trust) principles, three metaphysical (dravya, jiva and ajiva), and five ethical. The objective is to elevate the quality of life..