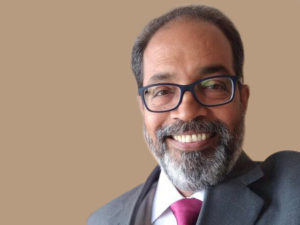 A veteran of the advertising Industry, Nagesh has also traversed finance and tax consultancy and pharma industries, having held senior financial and legal positions in multinational companies in a career spanning over 40 years.

His qualifications include B.Com, M.Com, LL.B., ACMA, and ACS. He has handled various senior responsibilities in FCB Group, in India and Asia Pacific and Africa, before eventually heading the India operations as its Group Chairman. He retired in the second half of 2016. Mr. Alai is now founder and principal counselor at a business strategy and financial advisory, including mentorship of start-ups.

He has served on various committees of Confederation of Indian Industry. He has also been active in the Confederation of Advertising Agencies Association of Asia, a pan Asia advertising industry body based out of Singapore, over the past several years and he is currently its Chairman.
He has been the President of the Advertising Agencies Association of India, between 2010 and 2012, the apex industry body, with which he has been associated since early 1990’s in various capacities and continues to remain actively involved till date.
He has been serving on the jury of the APAC Effies since its inception in 2014, as also on the Global Effies. He was also a head of jury at APAC Effies. He had also served on the Consumer Complaints Council of the Advertising Standards Council of India (ASCI), to aid and promote self-regulation in advertising during his active career.
Nagesh is deeply interested in travel and treks, art and aesthetics, antiquity, numismatics and philately. He is very passionate about skilling and vocational training and also serves on the boards of two well know pan India NGOs in that space. His professionalism and experience has also seen him serving on boards of companies as an independent director.